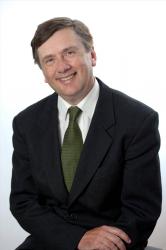 Strong commodity prices and a minerals boom leading to growing foreign investment and property speculation, migrants coming in thousands to settle in cosmopolitan Sydney and Melbourne – Australia seems to be in a good economic position. But Australia had these same economic conditions in the early 1890s, when declining returns on investment caused a withdrawal of foreign investment, a banking crisis and a collapse of property prices. Dr William Coleman of the Australian National University will be drawing parallels between the economic environment of the 1880s/1890s and today’s economic environment, to highlight the potential threats faced by the economy today and what lessons we can learn from history to avoid the risk of a crash in the future.

Dr Coleman has written extensively upon inflation, the history of economic thought and the contested position of economics in society. His recent publications cover the history of Australasian economic thought, the impact of Federation on Australian trade and the significance of World War I on the Australian Economy. He is the editor of Only in Australia: The History, Politics and Economics of Australian Exceptional ism, which was published by Oxford University Press in June 2016. William is a former President of the Canberra branch of the Economic Society of Australia, and was the Convener of the 2011 Conference of Economists.

* Canapes and drinks will be served